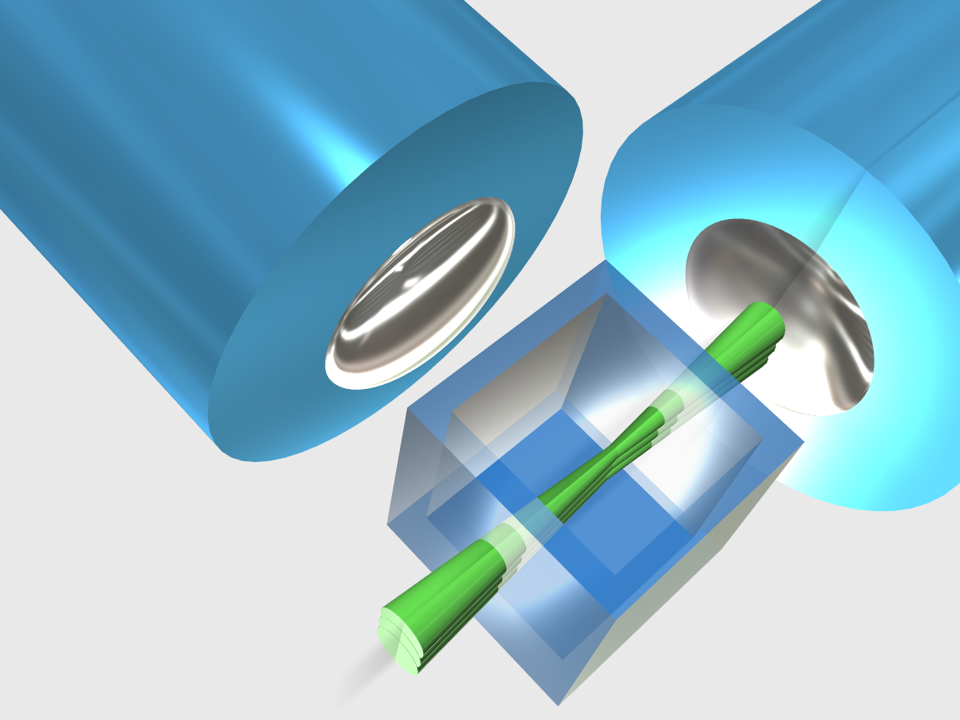 Engineered tissues are key elements for both in vitro and in vivo applications and strongly impact the academy, pharma, and clinical sectors. In the future, laboratory-produced tissues might lead to replace damaged tissues and organs. 3D printing technology is the most used technique to fabricate such tissues, however some challenges must still be solved. The European Project Brighter aims to increase the spatial resolution of the engineered tissues and to speed up the tissue printing process.

Current 3D printers allow researchers and engineers around the globe to print a great variety of objects, with a broad variety of materials, shapes and resolutions. Bioengineering has not lagged this tendency and researchers are now adapting the technique to print human tissues and organs, expanding the limits of a field known as tissue engineering. The success of this approach might represent an enormous advance for the transplantation of organs, reducing the waiting time for patients. Also, it will be a revolution in the drug discovery process and clinical trials, making possible to test new drugs in human organs or tissues instead of using animals or cells in culture. Besides reducing experiments in animals, the use of human tissues is much more adequate and reliable.

The main challenges for the researchers to make this a reality are to produce tissues with the appropriate biological and mechanical properties. Engineered tissues must have a high spatial resolution to recreate the heterogeneous nature of native tissues and must be printed as fast as possible to avoid a decrease in cell viability. The problem is that nowadays none of the 3D bioprinting methods can assure satisfactory levels of both requisites simultaneously.

The European project Brighter is working on a solution to this problem. Researchers from three leading academic institutions (IBEC in Spain, Goethe University in Germany and Technion in Israel) and two first line industrial partners (Mycronic in Sweden and Cellendes in Germany) form a consortium coordinated by Elena Martínez from the Institute for Bioengineering of Catalonia (IBEC). They are developing a 3D Bioprinting technology able to fabricate tissues at high printing speed and with high spatial resolution by the use of an innovative top-down lithography approach, which is opposite to the bottom-up, layer-by-layer bioprinting methods currently used.

Another crucial point is the need to extract relevant information from the 3D cell culture models used in the printing process. To this, Brighter project uses advanced imaging techniques that combine light-sheet illumination and high-resolution digital photomasks to fix the cells into the hydrogels and create 3D structures in a top-down lithography process. The result is the production of complex three-dimensional tissue geometries.

Researchers from Brighter combine lithography with cell-laden customized hydrogels to mimic the specific mechanical properties of skin components and its 3D compartments, including wavy niches for stem cell positioning and skin appendix complex architectures. With this technology, researchers expect to print a skin sample of 1 cm2 area and 1 mm thick in about 10 min and with a cell viability of more than 95%, representing a huge improvement of the current printing techniques.

The generation of such a complex tissue structure using the new bioprinting technology from Brighter will represent a real science-to-technology breakthrough towards the realization of on-demand tissue engineering and will strongly impact the academy, pharma and clinical sectors.

Link to the publication on Cordis

This project has received funding from the European Union’s Horizon 2020 research and innovation programme under No. 828931